About Leon Wyczółkowski at the Bydgoszcz Museum 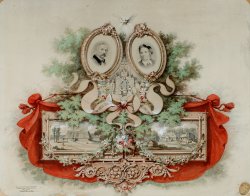 April is a special month of the year, when successive anniversaries of the birth of Leon Wyczółkowski and the exceptional legacy donated to the city by the wife of Leon Wyczółkowski after his death are celebrated. In accordance with the April 8, 1937 Deed of gift, Franciszka Wyczółkowska donated 942 works: 5 oil paintings, 70 watercolor paintings, 8 tempera paintings, 13 pastels, 58 chalk drawings, 54 ink drawings, 4 charcoal drawings, 5 pencil drawings, 64 other drawings, 496 sketches and drawings in 15 sketchbooks, 129 graphics (etchings, lithographs), 36 paintings, graphics and sculptures of other artists, personal memorabilia, and studio equipment. Noteworthy is the fact that this collection contains the artist’s first and last work: Golden anniversary of the Master’s grandparents (1870) and Flowers in a vase with two openings (1936). In 1948, the museum received another great gift – after wartime losses – over 100 works, previously owned by the Szulisławski family. It has to be mentioned that besides the collection of art exhibits, an extensive biographic collection was established at the museum: the artist’s personal documents, manuscripts, letters to his wife, letters received, congratulatory telegrams, obituaries, hourglasses, numerous photographs (about 400), personal memorabilia and furniture, studio and tools with the famous “Gościeradz Tram,” and numerous publications. 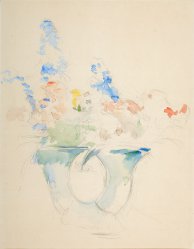 In 1937, the Municipal Museum of Bydgoszcz published the Catalog of Donations of Mrs. Franciszka Wyczółkowska, Prof. Konstanty Laszczka and Chairman Kazimierz Kierski. The catalog presents the chronicle of the April festivities combined with the opening of the exhibition presenting the first part of the donations, full speeches and lectures given on April 10th and 11th. On Saturday, April 10th, a solemn service was celebrated in memory of the deceased in the Bydgoszcz Fara Church; in the evening, the Municipal Theater hosted an academy under the patronage of the Minister of Denominations and Public Enlightenment, opened by Mayor of the City Leon Barciszewski, followed by a speech given by Dr. Władysław Zawistowski, and a lecture by Marian Turwid. On Sunday, April 11th, participants of the celebrations went to Wtelno, to the grave of the Artist. Later, they were hosted by Mrs. Wyczółkowska in Gościeradz. At noon, the opening of the exhibition showcasing the newly acquired “treasures” took place in the Municipal Council hall, decorated to the design by artist Jan Hawryłkiewicz. During the opening, a speech was given by the Governor of Poznań, Dr. Koper, who presented the Gold Cross of Merit to Franciszka Wyczółkowska for the “great deed” and “great donation.” Many congratulatory letters were read. The exhibition featured 129 graphic artworks and 217 paintings dating from 1867-1936. It should be mentioned that the donation included 20 paintings and graphic artworks made by other artists as well as sculptures made by Konstanty Laszczka.

The year 2012 – the 160th anniversary of the artist’s birth and the 75th anniversary of Wyczółkowski’s donation – has been marked in the history, not only of our city, by many events, as befits the Year of Leon Wyczółkowski, under the honorary patronage of Bronisław Komorowski, President of the Republic of Poland. Due to this special occasion, the Museum presents two big exhibitions. The first was opened on April 25th – Around the donation of Franciszka and Leon Wyczółkowski.

The Museum received the honorable name of Leon Wyczółkowski after World War II, on April 11, 1946 - on the 94th birth anniversary of the artist who had passed away a decade earlier, based on the fact that the collection of his artworks was very extensive, making him a clear front-runner for becoming the museum’s patron. 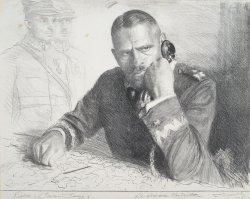 In 1924, Wyczółkowski donated his print showing General Władysław Jung to the Museum and made a personal inscription – for the Bydgoszcz Museum, L. Wyczół, 1924. In the same year, the first exhibition of his works entitled Prints and watercolors of Leon Wyczółkowski took place. Successive exhibitions were organized in 1928 – when he participated in the Exhibition of acquisitions, and in 1934, when an individual Exhibition of the works by Leon Wyczółkowski was presented. As a result of both exhibitions, more works of the artist were obtained, and the museum dedicated to them one of the exhibition rooms. “He used to visit this museum whenever he came from Gościeradz to Bydgoszcz” said Marian Turwid. “He liked drawings made by a Bydgoszcz resident, Maksymilian Antoni Piotrowski very much. (…) In the small rooms of then Municipal Museum, this noble and beautiful old man seemed even taller. Looking at him, I realized that whereas in lyric poetry, but also particularly in music, we have sometimes miraculous children, then in arts, we have wonderful old men, like Leonardo, Rembrandt, Titian, Hokusai, and Leon Wyczółkowski.” 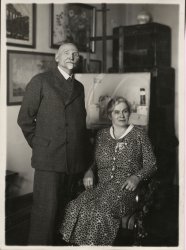 Turwid had been visiting the Master in Gościeradz. He witnessed many interesting events; he mentioned the “resourcefulness” of Mrs. Franciszka, who was taking away the newly gifted artworks of her hubby from recipients, claiming that everything is already designated for the Municipal Museum in Bydgoszcz, finishing her sentence with a nice smile.

Until the end of 2011, Bydgoszcz has opened over seventy various individual exhibitions presenting Wyczółkowski’s artworks from its own collections and on loan from other museums and private collections, not mentioning numerous art shows of the artist’s works in collective art exhibitions, as well as other major exhibitions hosted in the country and abroad. We particularly need to indicate anniversary exhibitions, prepared on the occasion of the artist’s birthdays or commemorating his death anniversaries, along with the publication of their catalogs and directories.

The list of exhibitions at the registered office of the Leon Wyczółkowski Regional Museum in Bydgoszcz:

The list was prepared based on a study compiled by Zdzisław Hojka.